The filthy wallpaper
or
Sill sigilata

The aim of this piece is to redecorate. You’re just trying to redecorate. Freshen this place up. Though the walls are made of clay and it transpires early on in the process that the cottage is really no more than a marl pit. Regardless, shake out your drop cloth.

Oh, chuck a bubble up
it’s terraffirmament
Arms wide the scape of the world

At one time it was good to paint your interior terracottacolour. It was no-make-up-make-up for your terrace. Yellow gloss on the pine skirting board, clear eyebrow gel wand; skin-of-the-earth tones over the new plaster, fresh face. Natural look. You were not the lot beyond the ginnel. Pearlescent polypaper I don’t think so.

But that time has passed now.

Now you should paper both the inside, and the outside, of the panes of the cottage. Cut the paper into individual diamonds. Annoint each bit with paste. Nestle it up to the lead. You can’t though can you because your fingertips are smearing. Great sticks of pastel running muck across the repeat. Slicking down the back of a gentle parrot, obliterating two balls of peony and clogging a forest arch. Try to smooth out an air pocket but give it motion lines.

Gather in the corner to confer. It’s fine to say at this point that you Don’t Really Have To Do This. That there are many who remain baffled when you say this is any legitimate way to live. In terms of your own resilience how do you reckon you are going to fly back at the problem.

Coddling and fossicking at the print which is by now mismatched by nine millimetres. Creating a glitch in the garden path. Jolting the procession. Allowing a cross section to be seen, of strata.

Heave yourself up this new step. Scuff red clay on the inner hem of your cloak.

The repeat is now collapsing by you in lengths, paste dragging lung vacuum saints preserve us can’t breathe.

Sigilata whip in your foliate chest.

It lands in broken, smocked, folds. The wet paper ruptures and air down your throat.
(The rate of falling is greater than speed of the earth which causes a festooning or bunching in the resultant confection)

Where the paper doesn’t drag, it releases. Falls straight away from the wall like a trust exercise.
It reveals the shiny underwings of its Three-In-One Damp Proof foil backing.
Not so self-adhesive now.

And it falls. Uh, on her shoulders.
Her step jogs forward; the kickback opposite of a gunshot.
Slapped her on the back and, inexplicably, now there is a seam tickling across her shoulderblades. Cool spreading like a burst water balloon over the back of her head.

Repeat once more on the other side.
Recoil now, in silvacotta cubicle. 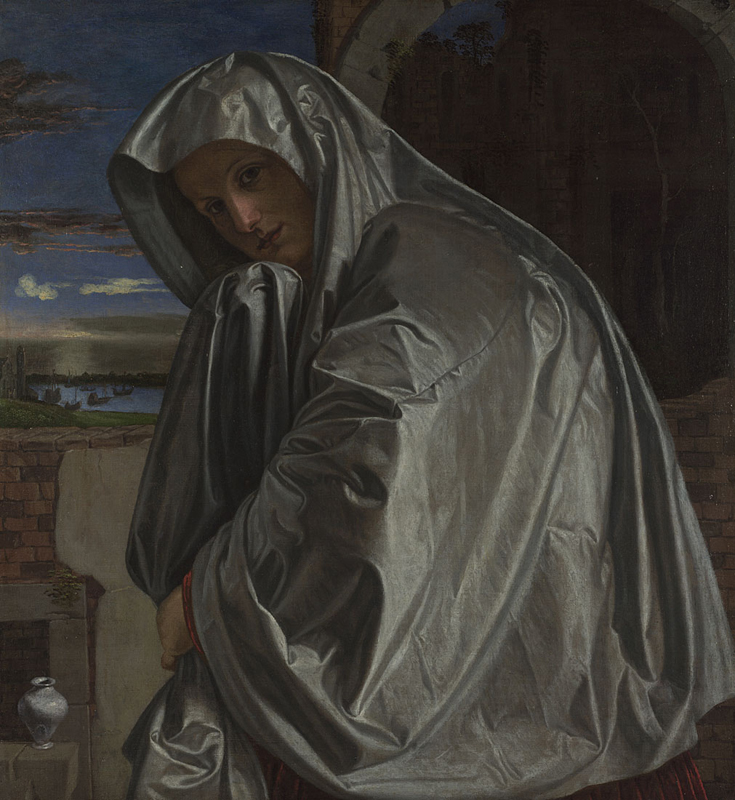 Making all the greens unstable, text 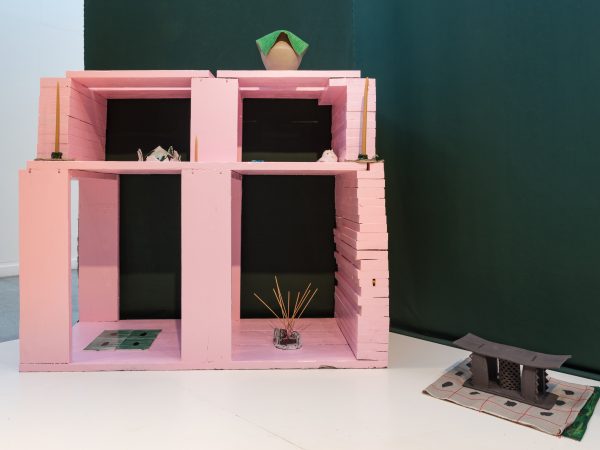