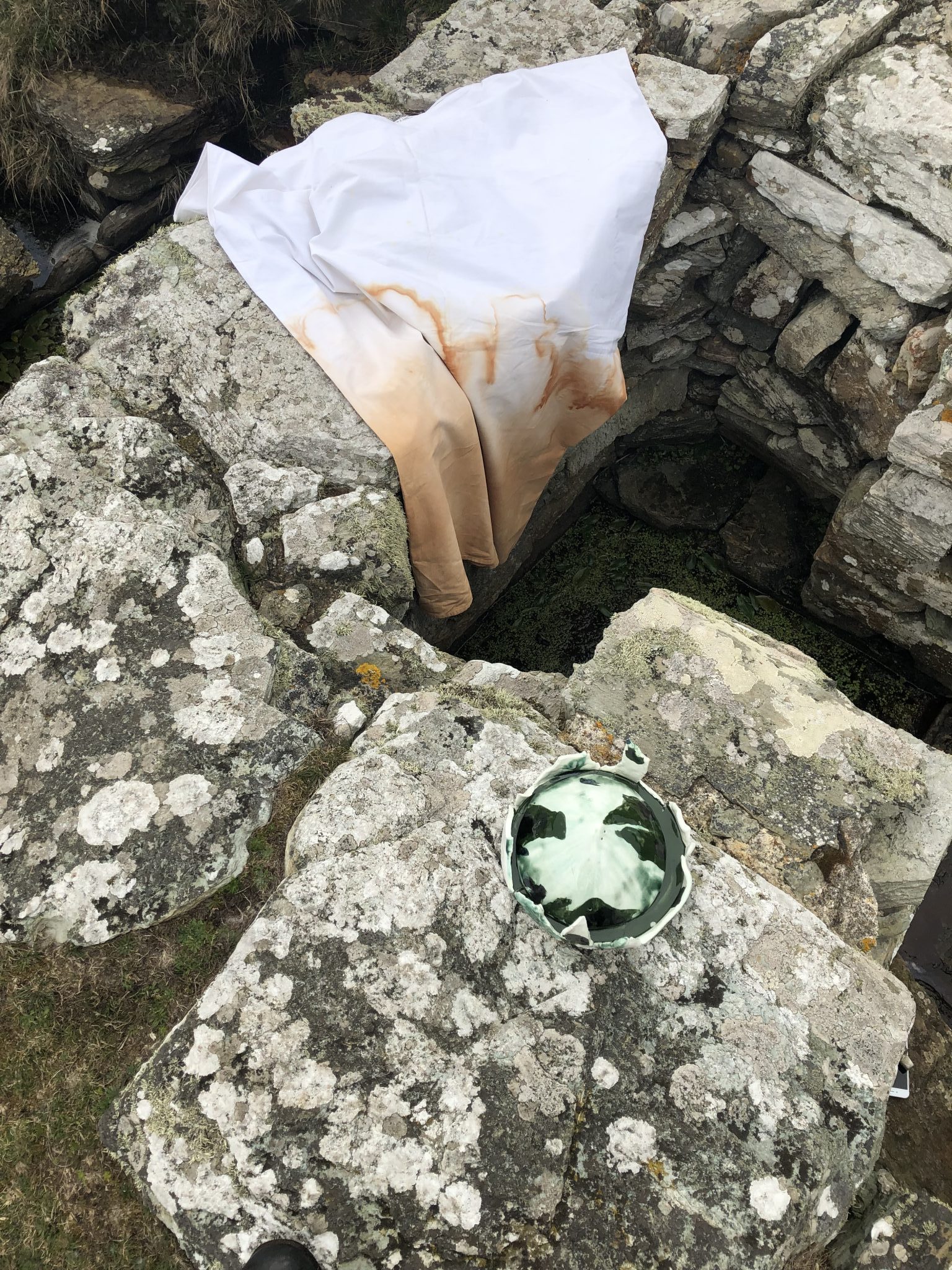 The smoke from the incense would envelop the mountain like a kind of supernatural fog (Hill Censer), 2017.
Porcelain, onglaze painting
with Hannah Lees, Chain Has Ran Thin, 2018 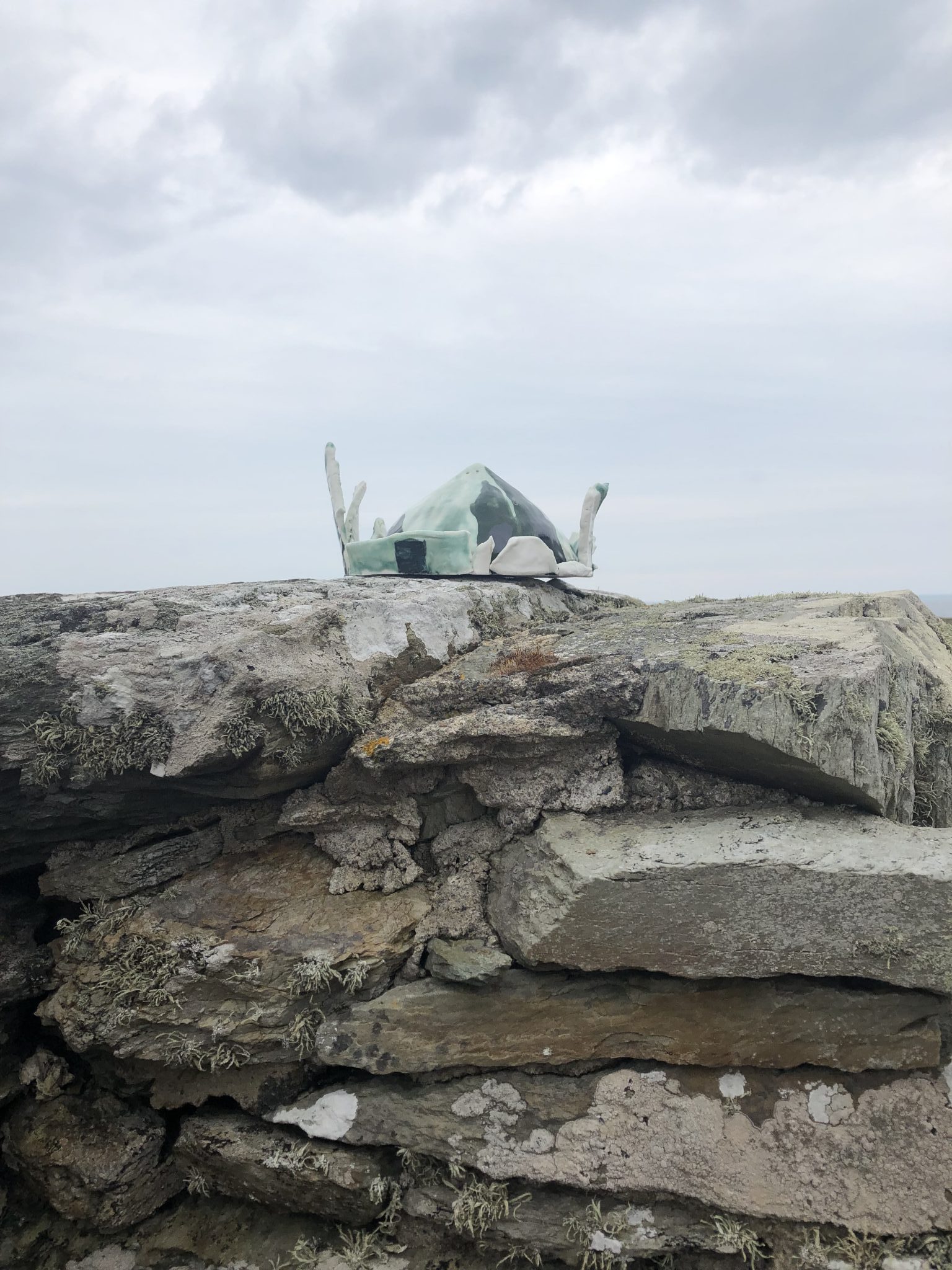 “Located on the remote island of Anglesey the medieval well of Saint Gwenfaen gawps over the Irish Sea. Said to heal ailments of the mind by the ceremonial act of tossing two pieces of quartz into its chamber, the ancient stones clad in hair-like lichen invite passersby to submerge and exit reborn.

Wishing to awaken its long slumber we invited four artists to offer their works to the site. Despite their individual points of origin, each work conglomerates into a singe Golem-like body to revive or re-animate the tonic stashed in the lichen of Gwenfaen’s well.” 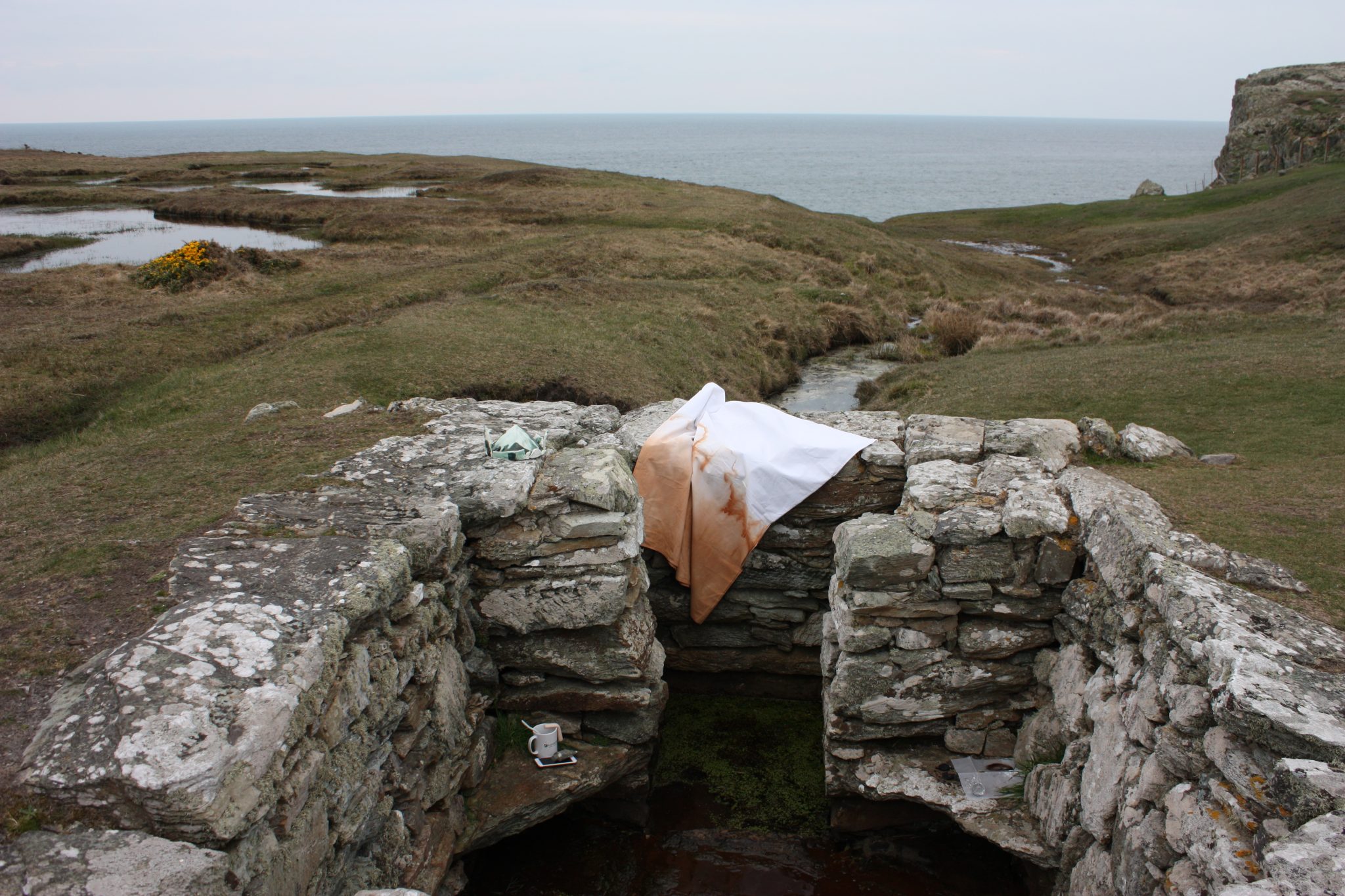 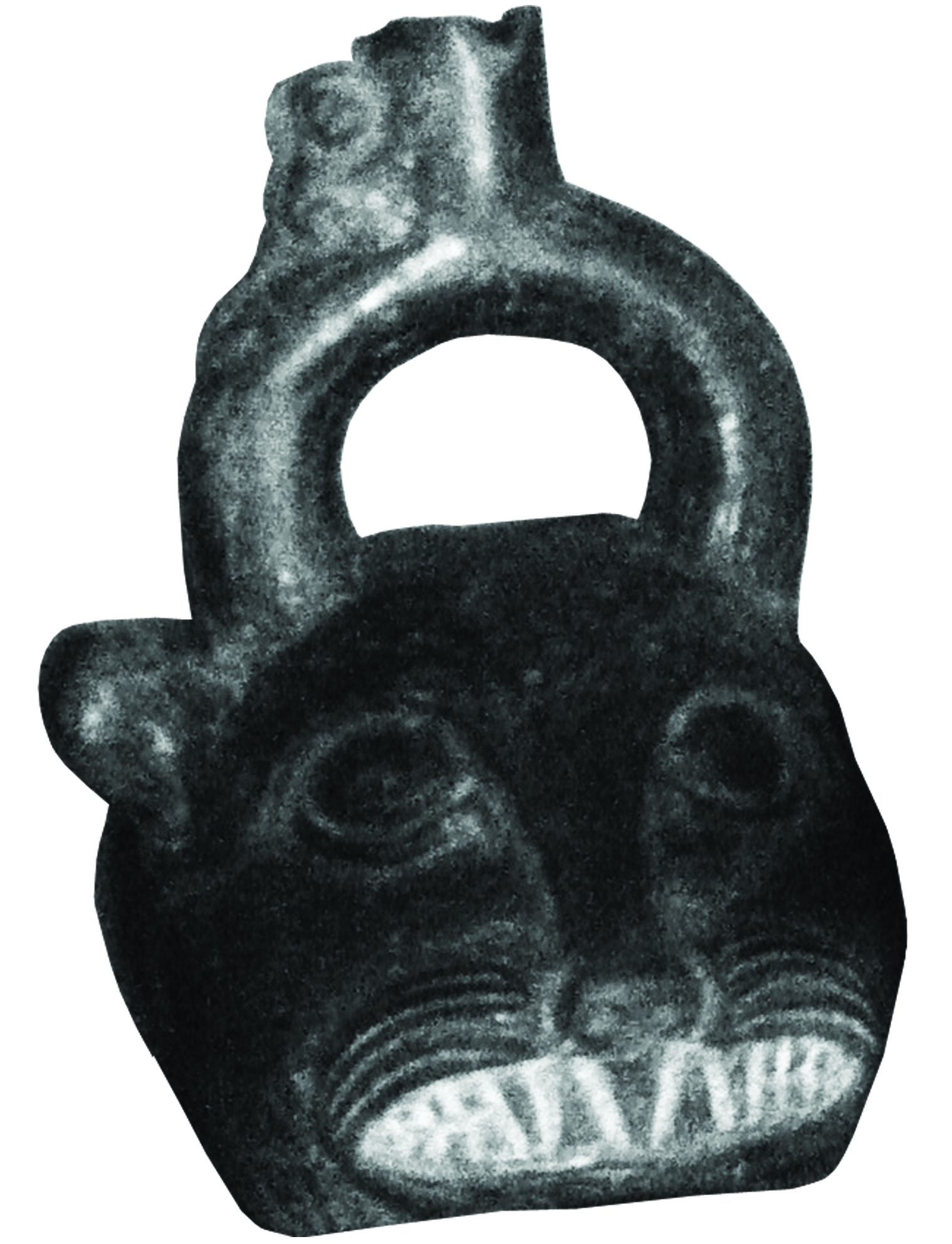 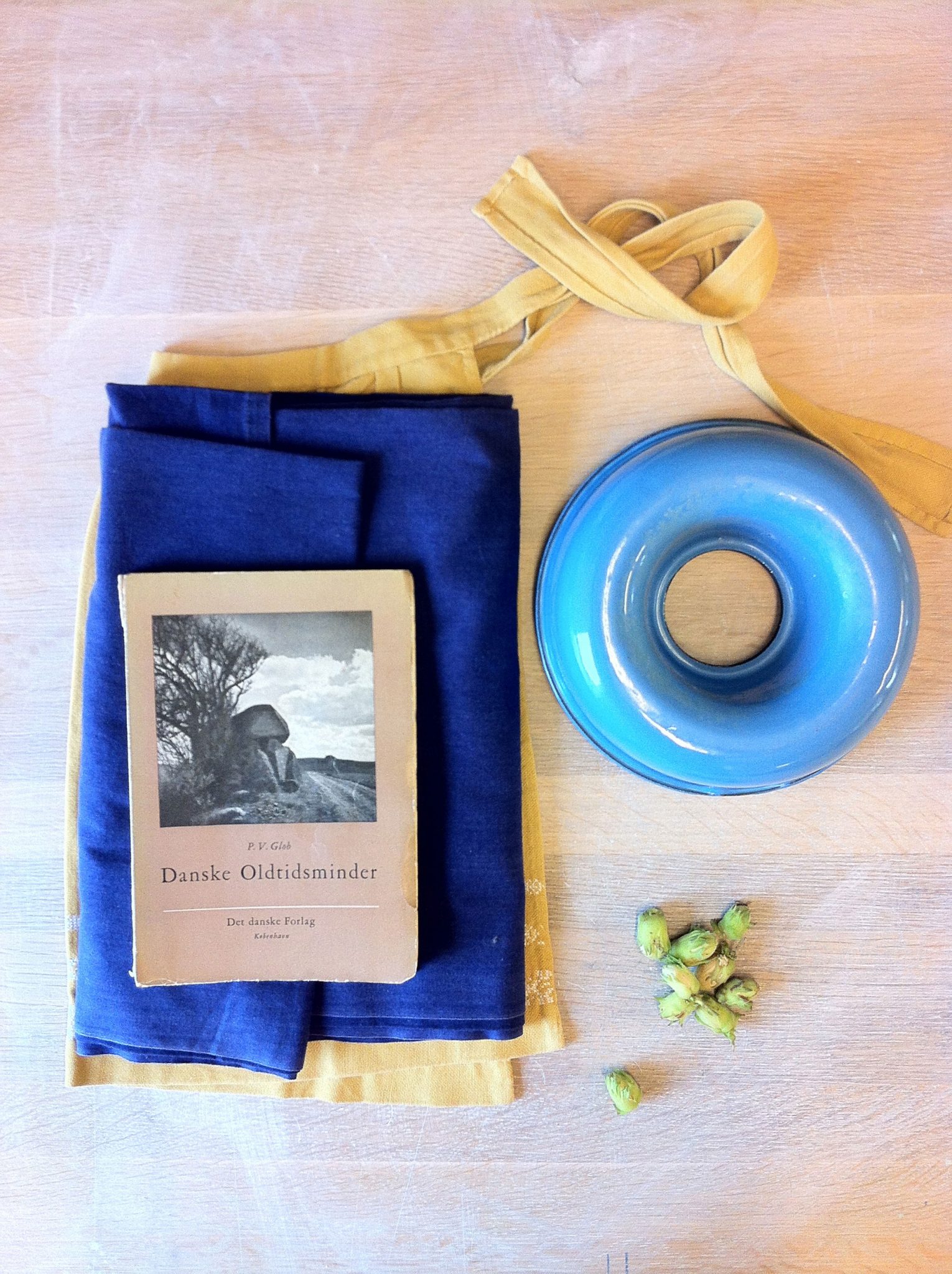 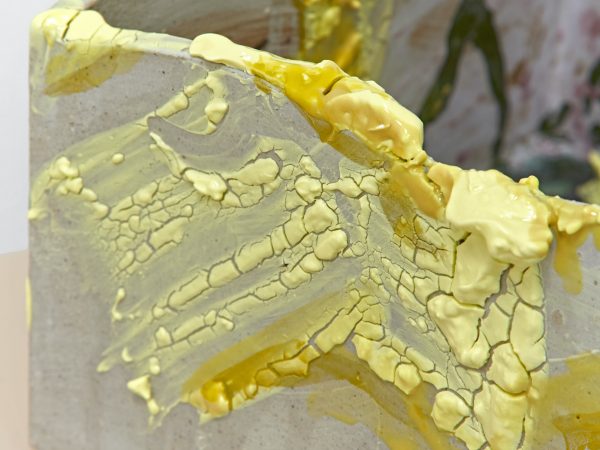