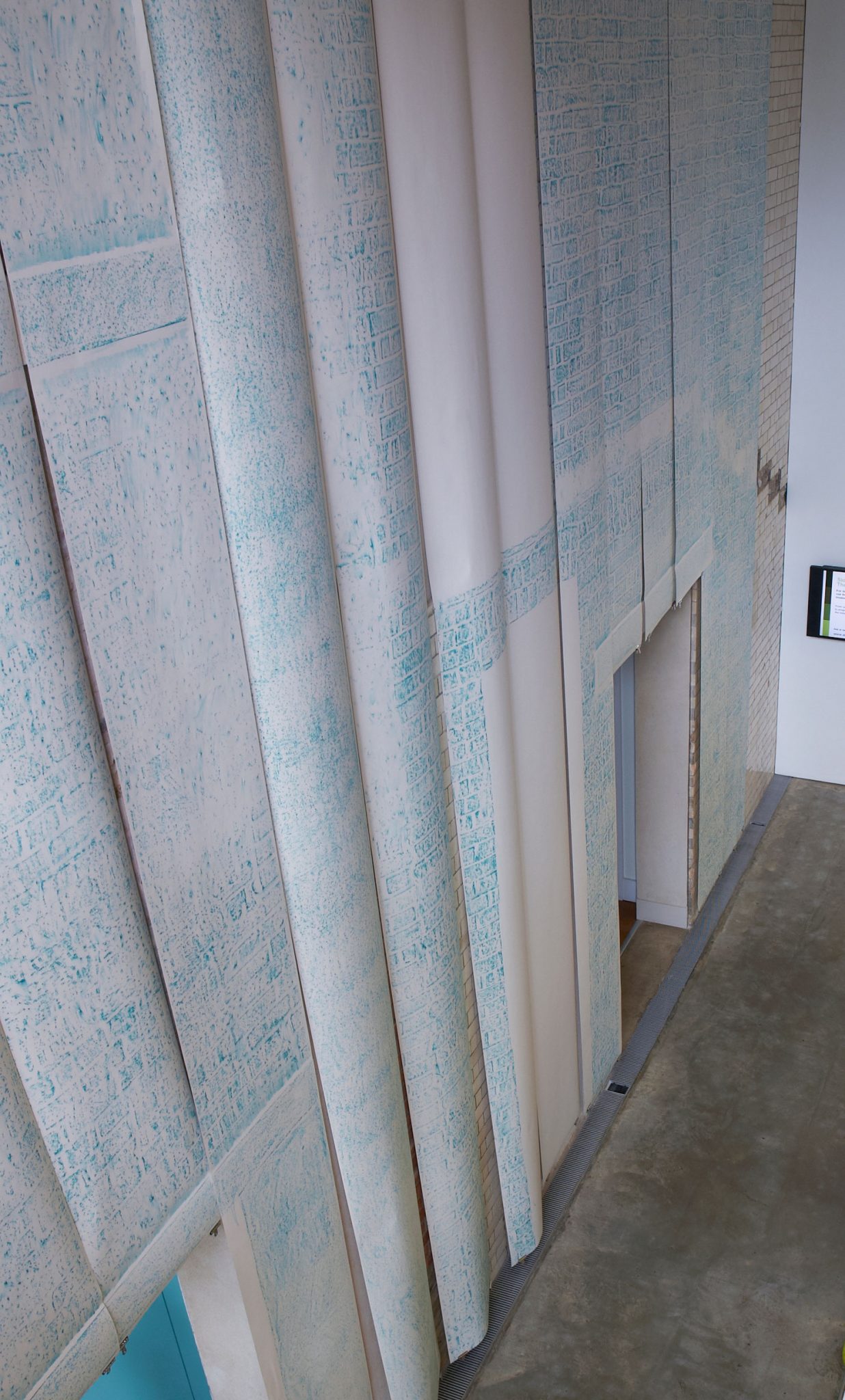 A vast wax rubbing made in situ for the exhibition Unfold at Siobhan Davies Studios. The culmination of a summer-long residency with other members of Manifold as part of the Starting Point Series curated by 60|40. 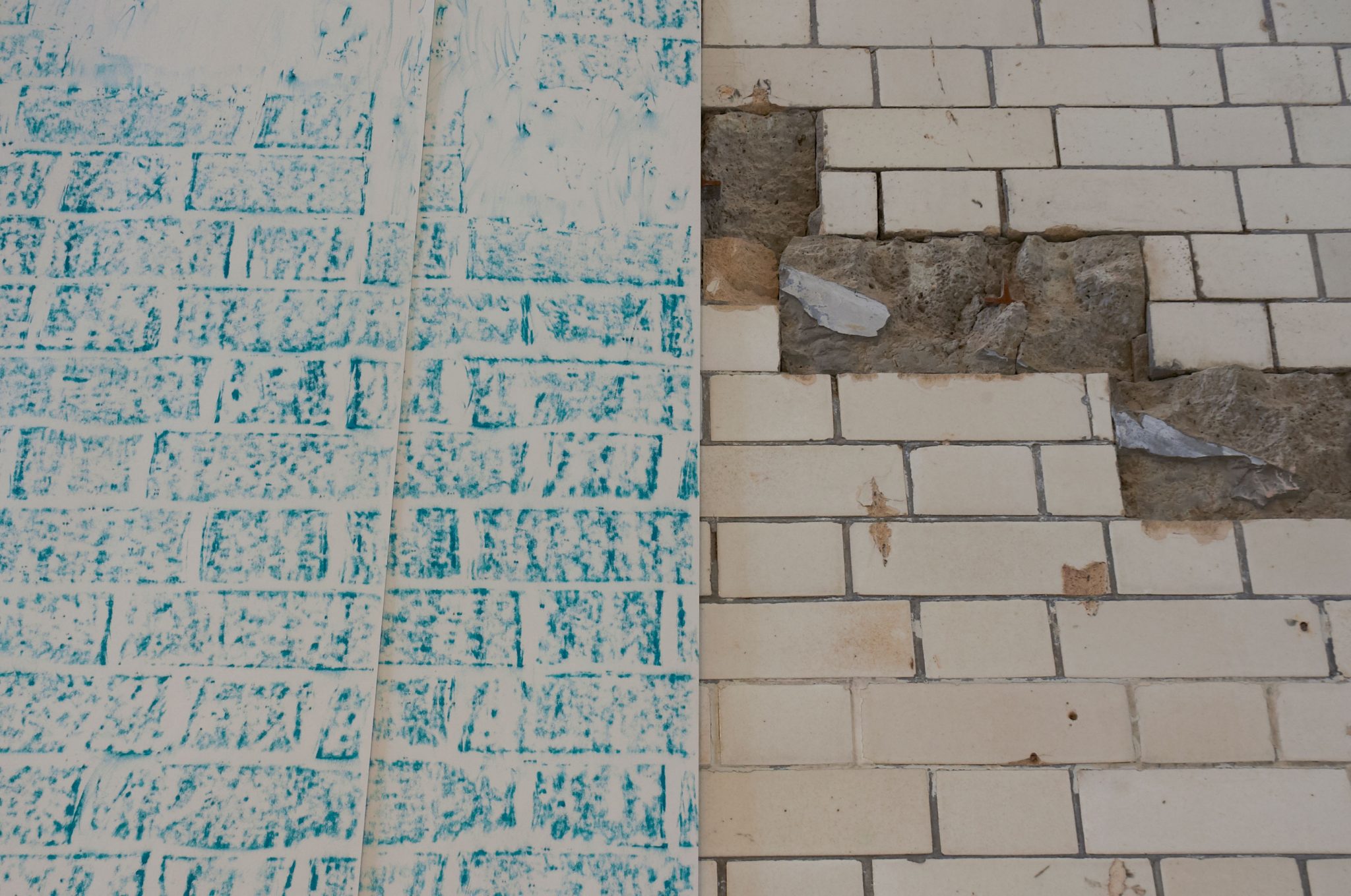 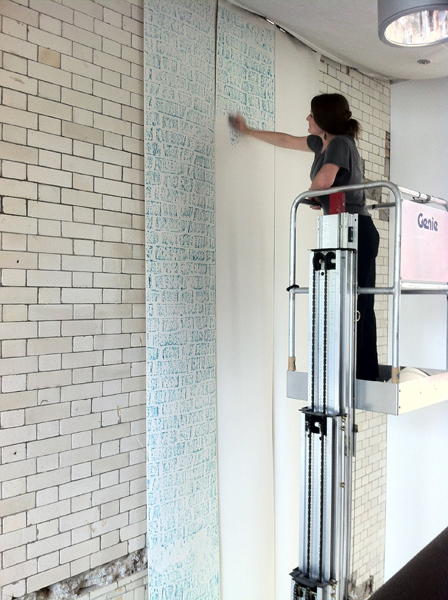 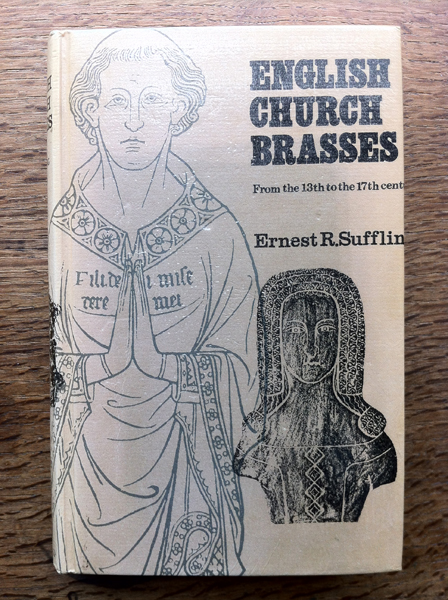 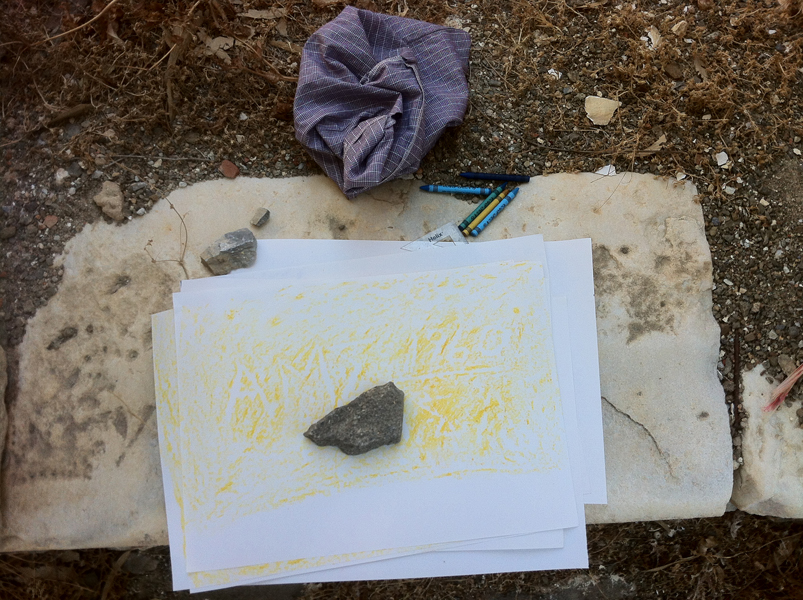 I’ve got this book called English Church Brasses from the 13th to the 17th Century by Ernest R. Suffling. I imagine him as a sort of sub-Pevsner, motoring about the countryside snuffling, suffering, in pursuit of his collection of brass rubbings. The detail not the world, thermos at his knee. Travelling “upwards of 7000 miles, of which 2000 have been done on foot”. He notes that “the collection of rubbings of brasses now forms a hobby within the reach of the many instead of the few” but “would remind those who wish to copy brasses that as these mediaeval treasures rest in God’s house, the collection of them must be made with due observance to the sacredness of the building”. He is doing this properly, thank you.

I wonder what these things are, the rubbings. Are they drawings? Representations? Facsimiles? Or are they in some sense the very thing they depict, imbued with the same sense of magic and reverence as a replica. They’ve touched the thing they record, been pushed right up against it, contributed minutely to it’s deterioration. Ancient matter on one side of the paper, beeswax on the other.

What I’m going to do is, I’m going to cover the double height wall at Siobhan Davies Studios with lining paper and take a rubbing of it, leaving the paper in situ. It’s about 80-100 square metres I think. I’m a little trepidacious. I’ve got these wonderful wax blocks in a juicy blue-green. I thought a lot about the colour – there will be an awful lot of it. Red might be too alarming or plan-like, yellow too arid and difficult to make out from height or depth. True blue too much like a blueprint, I’m not sure I want anything so overt. In the end this choice might be swimmily underwater and the space will feel very different.

It’s a high status building, in the contemporary sense. There are areas of pristine finish and gleaming material, these contrast with the plain layering of history. The reuse and reincorporation – cracked glazed school bricks, mortar dust and stone lintels roughly snapped off to fit the new shape of the space. It’s an intellectual decision to make a building like this and I don’t know if it’s reverent or cosy, in the way that surrounding yourself with pictures of ancestors could be oppressive or grounding. Maybe each can just be decorative, part of the texture of your surroundings, but I can’t shake the idea that a great many people would see this space and wonder when it would be finished. Maybe that’s the real point – flux. Alluvial time and the invitation to incessant questioning.

Within the span of our residency I went to Greece. Chora, on the island of Astypalaia, is a hill town circling the Kastro at the top. Once a pagan temple, then a citadel built by the Venetian Giovanni Querini (pagan stones incorporated) in 1413, it was defended by the hurling of beehives full of previously-maddened bees, then finally abandoned after an earthquake in 1956. I made wax rubbings of marks in the steps, some were meaningless shapes to me, others perhaps stated the year of abandonment. I also tried tree rings in joists and fungus-like layers of whitewash. I liked the simplicity of it, the action of recording and dumb mark making. The lumps of worked stone and jug handles just everywhere, parading the absurdity of trying to record in one lifetime anything much of the lifetimes before. I read the information board on my way out. In an account of the hill’s history, failed attempts at preservation, and practical measures taken it said “Construction of a funnel to remove debris from the interior of the castle without danger or inconvenience to the settlement outside”. I could spend an entire career grappling with that sentence I think. 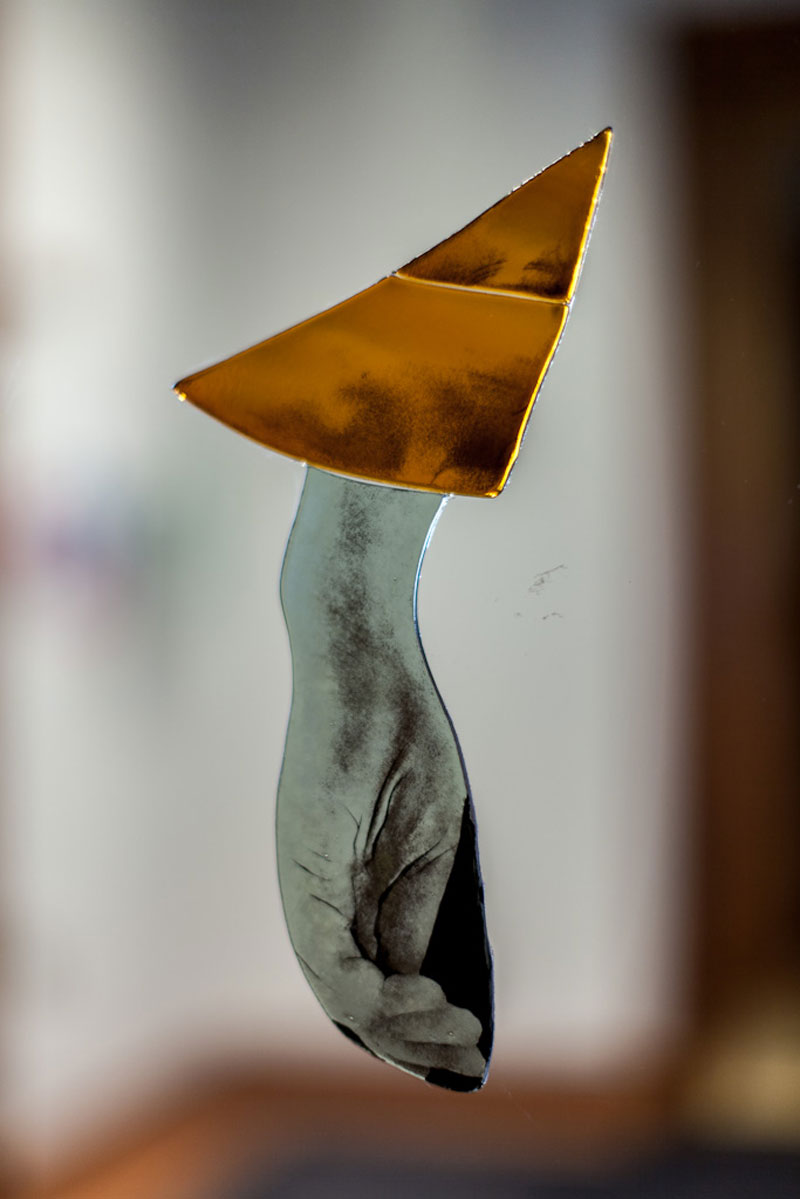 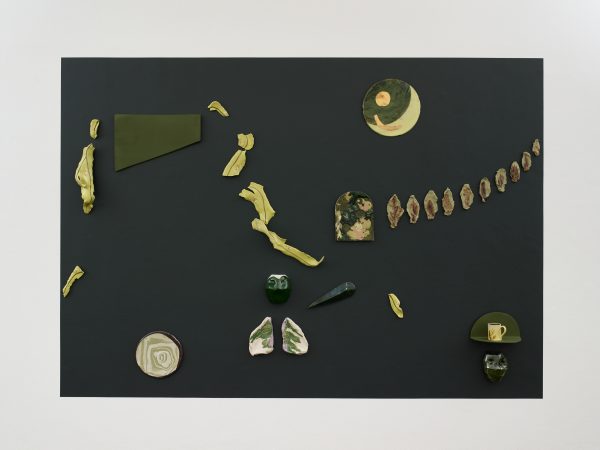